Scientific Name: Eleutherococcus senticosus Ci Wu Jia has a long history of traditional use dating back more than 2,000 years. In Chinese medicine, it is valued as a bittersweet, "warming herb." The roots and root bark are used in decoctions, powders, teas, and tinctures. Ci Wu Jia This single herb traditionally has been used in various tonics and beverages for its adaptogenic (normalizing) effects, especially to benefit the bones and joints.* Other adaptogenic effects include increasing resistance to environmental stress, such as exposure to high temperatures and conditions that cause motion sickness.* It has long been used to increase stamina, improve athletic performance, and relieve occasional sleeplessness.* It is also known to support the body's overall immune system.* 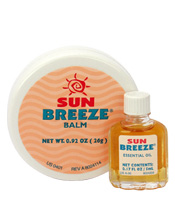 This is my magical secret for just about any ailment but works beautifully on inflamtion from engorgment, epidural edema (yes, if you had an epidural and your feet are still swollen your "engorgment" is from the epidural not breastfeeding!), or any clogged duct or infection. It can go just about anywhere except ears, eyes and genitals. Put it on breasts just after feeds so it will be gone and not around baby's eyes by the next feed. It is also good to rub on upset tummies, sun burns, bug bites, headaches, sore muscles, sore throats (inside & out) and if you don't mind a momentary tingle it will bring great relief to hemrroids! It comes in a oil or a balm form - I love both. Remember this is not diagnosing or prescribing anything and these statements are not FDA approved - just sharing my experience from one mom to another.

The Vitashake is one of the best meals on the planet!! Just mix with a "milk" of your choice, some ice, shake and enjoy - I actually like it best after sitting for at least 20 minutes to get really cold.

This sweetener is made from Stevia - a nourishing herb for the pancreas!

Wu Chia Pi: This herb provides warmth and stress relief - I love it throughout the winter months.
Dandelion Root: A great liver helper!
Dong Quai: Hormone Balancer.
Goldenseal Root: A natural antibiotic - this formula will not mess up blood sugar like some supplements will!
White Willow Bark: This is what aspirin was originally made from!

Bella is a wonderful hormone balancer for women over 40! The Pearl is designed for women under 40!

The best Laundry Cleaner ever!

Clean your veggies the healthy way!

The best hair products on the planet!

A whole serving of NuPlus in a cheesy crunchy snack!